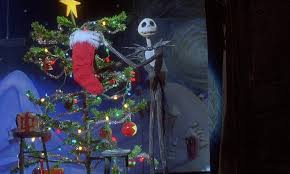 THE NIGHTMARE BEFORE CHRISTMAS (Henry Selick)

Little needs to be said about this modern holiday classic. Perhaps it’s time simply to reflect on how bold it was to even attempt to make it, in 1993 or any year. So confidant was Tim Burton, as he embarked on the absurdly ambitious idea of an original stop-motion animation musical populated by all the creatures that his imagination could conjure. And so right he ultimately was. Everything about NIGHTMARE screams “genius”. Not to mention the special place Burton holds in the hearts of all of us (as both kids and adults) who could never decide whether Halloween or Christmas was the best holiday.

Tim Burton is the rare artist who’s been given the opportunity to explore his fancies wherever they have led. Maybe the fact that the finished products have been (for the most part) wildly successful has something to do with it. 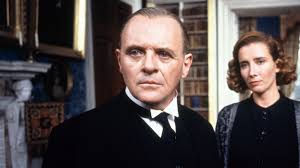 REMAINS OF THE DAY (James Ivory)

The legacy of Merchant Ivory Productions in the world of cinema is long and storied. it goes back to the 60’s, but really got jump-started with the success of ROOM WITH A VIEW in 1985. James Ivory as director, Ismail Merchant as producer and Ruth Prawer Jhabvala as screenwriter have been producing finely crafted, mostly period-pieces of exceptionally high quality and intelligence for decades. In other words, they made the Masterpiece Theatres of the film world. They are all quite grand, not a stinker among them. But many of them are also resigned to the great-while-you’re-watching-them-but- easy-to-forget-later category. If REMAINS OF THE DAY escapes that fate, it may be due simply to the fact that on this one, the tried and true elements found their finest hour.

REMAINS OF THE DAY has the classic (and classy) look of all the best Merchant-Ivory productions, with the undeniable advantage of the transcendent performances of a top-notch cast headed by the perfect Anthony Hopkins and Emma Thompson. 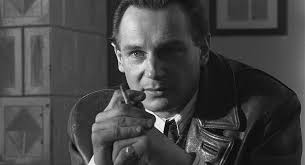 This was the film that firmly dispelled any doubts that Spielberg could make anything but well-crafted popcorn movies that (as good as they were) were mostly about other movies. Maybe that wasn’t a fair assessment to begin with, but there’s no doubt that SCHINDLER’S LIST put Spielberg in a whole new category. The bravura technique is there, but there is also an undeniable weight to the production that comes from the man’s sincere approach to his material. SCHINDLER’S LIST may be the best film about the Holocaust in a very crowded field. 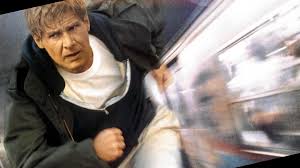 How satisfying it is when an action-thriller really delivers without having to dummy-down to get there. For a brief time, Andrew Davis was known as a director of intelligent action movies. I don’t know if he much cared for that, but after making two films (ABOVE THE LAW and UNDER SIEGE), better than his star Steven Seagal deserved, Davis knocked it out of the park with THE FUGITIVE. Loosely based on the hit TV series of the 60’s, Tommy Lee Jones (in an Oscar-winning performance) doggedly pursues presumed innocent Harrison Ford, and we are captivated throughout.