The finest Biblical epic ever made and a prototype in how to make a blockbuster. See Ridley Scott’s GLADIATOR (2000). The incomparably intelligent William Wyler keeps drama and spectacle in perfect balance. Charlton Heston’s penchant for intensity finds its comfort zone. And that magnificent score by Miklos Rosza! 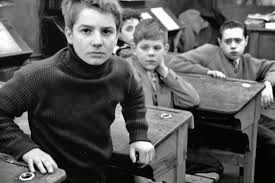 One of the most auspicious debuts in the history of cinema, Truffaut’s masterpiece is a classic for all times. It introduced us not only to Truffaut but to a young actor named Jean-Pierre Leaud who we would literally watch grow up on screen in the years to come. The compassion with which Truffaut tells the story of young Antoine Doinel is a rare and beautiful thing. I wouldn’t relish the task of coming up with the 10 Best Films of All Time, but if I had to I’m pretty sure this one would be on the list.

Hitchcock revisits a genre that he practically invented. You know, the spies/mistaken identity/romance/exotic location/chase thriller genre. Somehow he manages to top himself in the process. Cary Grant is the perfect suave everyman protagonist who finds himself in the wrong place at the wrong time. How Hitchcockian of him! Another great score from Bernard Herrmann and you have the recipe for cinematic perfection.

He was the master of many genres and in this, his best Western, all of Hawks’ familiar themes can be found —– the company of men and how they relate to each other and the women in their sphere, how and when to take action, how to let off steam. Hawks is about being a professional. And how to have fun doing it.

It has been called the best comedy film ever made. The most one could do in opposition would be to quibble. A brilliant, wholly original concept (thanks to Wilder and his co-writer/conspirator I.A.L. Diamond), loaded with comic potential, is deftly allowed to evolve, as if it’s the easiest thing in the world. The inspired cast of Jack Lemmon, Tony Curtis and Marilyn Monroe are clearly enjoying themselves. Dialogue doesn’t get much better than this. Just a joy to watch, countless number of times. 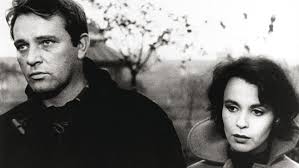 LOOK BACK IN ANGER (Tony Richardson)

Like their neighbors across the channel, Britain was having it own “New Wave” in cinema too, spearheaded by the “angry young men” of stage and screen. It began with the play by John Osborne, which he then adapted for the film version. Richard Burton was a bit too old to play Jimmy Porter, but he displays ample fire and frustration as the educated man who knows that he doesn’t have a life-plan, and knows even better that his dying country is not about to provide one.