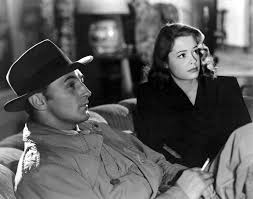 OUT OF THE PAST (Jacques Tourneur)

Acknowledged by many as the best (or at least the most exemplary) film noir, this one at least seems to hit all the right sweet spots. Robert Mitchum delivers the single greatest line of the genre. See if you can spot it. 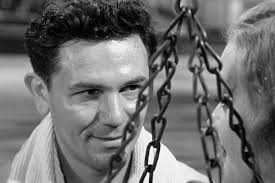 The best boxing movie ever? (Yes, including ROCKY). Many would opt for RAGING BULL of course, but after you see this classic you realize that it is the prototype and the benchmark. No doubt Martin Scorsese would agree. Screenwriter Abraham Polonsky (later blacklisted in the dark days of the McCarthy era) was rewarded with a director job on his next project (See FORCE OF EVIL from 1948). 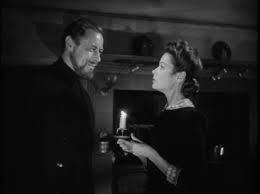 Being enamored with Gene Tierney does prejudice me in favor of this film. That being said, I think I’ve seen it enough times to appreciate its virtues beyond my idolatry. There’s so much here to admire. Mankiewicz’ direction is thoughtful and steady. The production is handsomely mounted as Fox did so well in the 40’s. And then there is that score by Bernard Herrmann! His most romantic, most lush, most melancholy. Drawing heavily from his opera, Wuthering Heights, the score is one of cinemas greatest ever.