The world was busy fighting a war, and that included Hollywood. Not that there weren’t a few good war movies. I nominate DESTINATION TOKYO with Cary Grant. And for its anti-Nazi fervor, Fritz Lang’s HANGMEN ALSO DIE. 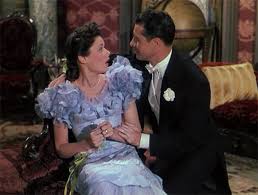 One of Lubitsch’s greatest complaints against Hitler was his lack of elegance. Here we have the story of a cad (Don Ameche) who upon his death, has his case weighed to determine just where he belongs, either Heaven or Hell. Fortunately, he is to be judged by a rather cultured and debonair Satan (Laird Cregor); in other words by someone with similar criteria to Lubitch’s. As our hero’s life is seen in flashback, his transgressions seem to pale next to his charm and better intentions. Will they be enough to provide his saving grace?

HEAVEN CAN WAIT gets the full Technicolor treatment, and features Gene Tierney just before she was to break into stardom in LAURA (1944). While not in the top tier of Lubitsch classics, it is no misfire either. It provides more than its share of pleasures, with Lubitsch quite definitely in command. 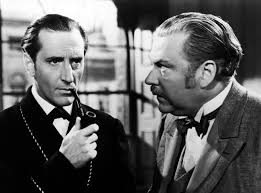 In 1939, when 20th Century-Fox adapted Sir Arthur Conan Doyle’s THE HOUND OF THE BASKERVILLES for the screen, they made the brilliant choice of casting Basil Rathbone as Sherlock Holmes and Nigel Bruce as Dr Watson. THE ADVENTURES OF SHERLOCK HOLMES soon followed, still in period settings. After a brief layover, Universal picked up the mantle, updating our heroes to modern times. From 1942 to 1946, ten more films were made, all directed efficiently and effectively (albeit on a lower budget) by Roy William Neil. The updated series even had Holmes fighting the Nazis and frequently giving little patriotic speeches. All the films in the series are quite good, my favorites being SHERLOCK HOLMES FACES DEATH (1943) and THE SCARLET CLAW (1944). It’s all “elementary my dear Watson”. 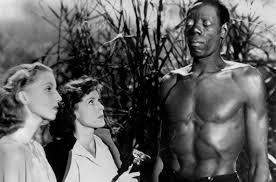 THE FILMS OF VAL LEWTON

Also during the war years, over at R-K-O, producer Val Lewton made a series of terrifically effective films on small budgets with up-and-coming directors. All in the horror and supernatural genres, these films are well-known among film buffs. Moody and mysterious, three of them starred Boris Karloff. The best ones come from the best directors, with Jacques Tourneur at the top, Robert Wise a close second, and Mark Robson bringing up the rear. The most famous would be THE CAT PEOPLE, the original. My favorite however is Tourneur’s I WALKED WITH A ZOMBIE. All of the films may be low on cheap thrills and high on atmosphere. Look for titles like THE BODY SNATCHERS and ISLE OF THE DEAD.