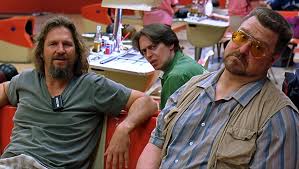 The movie with the plot that defies description. (So I will not attempt one here.) Everybody’s favorite cult movie. It’s all about character, baby. Or should I say characters. Everyone is a character in this one. And what keeps it from just becoming a goof train ready to go off the rails is the Coen Brothers amazing ability to make everybody interesting as well. It might have been a good thing that Jeff Bridges had a more than sizable career behind him before he became “The Dude”. Too many people can’t look at him today and see anyone else.

The re-enactment of the D-Day invasion at Normandy that opens this film stands alone as one of the most riveting pieces of celluloid ever created. Then when it’s over, a movie begins. Tom Hanks proves once again that he has all the empathy that an actor must possess to reach across to any audience. Whenever a Steven Spielberg film comes out, you always wonder if his penchant for sentimentality and audience-pandering is going to cripple it. I defy anyone to find the Achilles heel in this one.

When it was first announced that a film was going to be made of Hunter S. Thompson’s beyond-classic book, my shoulders could be seen to shudder as sweat began to form on my brow. When it was further stated that it would be directed by Terry Gilliam, a life-restoring calm settled in. Yes, this just could work. It is quite clear now that Gilliam was the right man for the job. Only a fool or someone with a well-known Don Quixote fixation would attempt it. But who could play Hunter? Who else but that modern chameleon, Johnny Depp!

Even with all the pieces in place, there was still the daunting task of making it work. If there was ever a need for getting the right tone, this was it. I, for one find Gilliam and Depp’s collaboration just this side of miraculous. Yes, FEAR AND LOATHING is funny, just like the book, but it’s also scathing and feverish and off-putting, sometimes at the same time. Kind of like living in America.

A beautiful imagining of the last months of the great director of the original Frankenstein films (among others), James Whale. Ian McKellan is perfection itself as the unapologetically gay and retired director in a 50’s Hollywood that was running behind. Bill Condon won a much-deserved Oscar for his adapted screenplay, as well as sensitively directing. Brendan Fraser has the role of his career, and Lynn Redgrave completes the ensemble. Despite its awards, an underappreciated film. 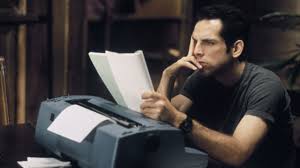 Ben Stiller is remarkable in this dark and funny adaptation of Jerry Stahl’s memoir of his days in Hollywood, drug-addled yet functioning as a TV writer. The surreal nature of life in Hollywood doesn’t do our hero any good as he careens through his day-to-day reality.