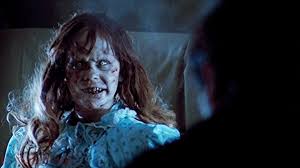 Ah, how the horror film got a shot in the arm with this one. It took William Friedkin to make evil believable again. Friedkin’s directorial style, like his protagonists, are no-nonsense, head-on, confrontational. His heroes often have to confront demons, from within and without. And what more formidable foe than Satan himself!

Like his fellow Young Turks of the New Hollywood, Friedkin grew up on genre films. I f he was going to make a horror film, he would make it the scariest, most disturbing one ever. Many believe he succeeded. 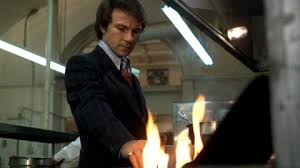 After making a couple of short films at NYU (pretty good ones, too) and an indie feature, Martin Scorsese got an offer from Roger Corman in Hollywood to make BOXCAR BERTHA (1972). It wasn’t bad, but it wasn’t particularly memorable either. John Cassavettes saw it and told Scorsese to make films about things he knows about. So it was back to New York, and a year later the result was MEAN STREETS.

Made with his buddies Robert DeNiro and Harvey Keitel, and producer Mardik Martin, MEAN STREETS got good reviews but didn’t hit a lot of screens. To their credit Warner Bros. heard the word-of-mouth and gave it another run. Now we call it a classic. The promise of Scorsese, DeNiro & Keitel has long since been fulfilled. 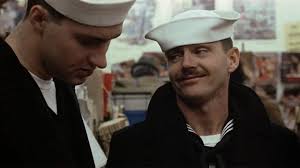 Hal Ashby looked and acted like a hippy. His style was so loose that his films look like they directed themselves. That was an illusion that obscured a dedicated, extremely invested artist. Kindred spirits loved him. With a Robert Towne screenplay, Jack Nicholson & Co. could have a field day. 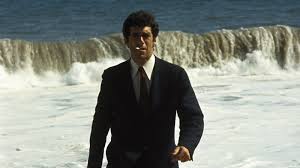 Robert Altman was a smartass. He didn’t like the way movies were made in Hollywood when he was starting out in the late 60’s, so he decided to make them his way. He’d done some television and a couple of conventional features, but it was his next one that would break things wide open. With his irreverent humor and unorthodox shooting methods, M*A*S*H (1970) and its huge success finally broke the back of the old Hollywood. The formula for an Altman film was established. Altman would always keep a loose set, and improvisation was encouraged. Microphones were all over the place, in the hopes of finding that “lucky accident”. Dialogue could come from anywhere, just like in life. When it works, it’s golden; annoying when it doesn’t.

And it was golden for Altman through most of the early 70’s. After M*A*S*H came the endearing BREWSTER McCLOUD (1970). Box-office lightning struck again with McCABE AND MRS. MILLER (1971). IMAGES (1972) was a bold foray into psychological drama. But for my money, it was THE LONG GOODBYE that brought Altman to the pinnacle.

For THE LONG GOODBYE, Altman took Raymond Chandler’s 1940’s detective novel, with his iconic private eye, Philip Marlowe, and updated it all to present-day 1973. Los Angeles has now changed, but Marlowe has barely caught up. His suits and his moral code are out of place. Elliot Gould mumbles and bumbles his way endearingly through sun-drenched Malibu and torrid L.A. days and nights, trying to get to the bottom of things. Along the way, we have Sterling Hayden in a great late career turn. Credit goes to the screenplay by Leigh Brackett, who had penned THE BIG SLEEP (1946), when Bogart had been the intrepid detective. 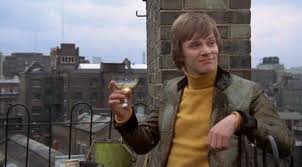 Lindsay Anderson had a bit of a hit with “If….” in 1968, and it had made Malcolm McDowell quite the sensation, but only in Britain. A couple of years later McDowell stars in A CLOCKWORK ORANGE, and suddenly everybody knows him. McDowell’s got this original story, a fanciful take on his rather wild ride of a life. Enter Anderson again. Anderson takes the story, polishes it up a bit with a new screenwriter and off we go. Alan Price (ex-of The Animals) writes the musical score, and Anderson decides to shoot him in the studio recording the score in a kind of party atmosphere, intercutting the footage with the narrative of the film. In the end, everyone in the film shows up at the studio, intermingling, Fellini-style. Recipe for an indulgent cinematic mess? Think again.

O LUCKY MAN is a precious, free-wheeling relic of a time when the counter-culture was a force in establishing freedom in the arts. Only with this kind of freedom could a film like O LUCKY MAN get made. Hard to imagine it getting green-lighted in any other studio-controlled era. Of course not every project works out when the green light is on. This time it did.