1948 was one of the great years for the movies. Rich and varied, it gave us international classics, great director’s visions, stars at their peak, technical innovations, and examples of the Hollywood system when it worked.

The Italian Neo-realist movement was like a bombshell in the evolution of the cinema. Immediately after the war, film-makers started taking their cameras to the streets. Locations and untrained actors ruled. Roberto Rossellini may be considered the father of the movement, but it was Vittorio De Sica who created its masterpiece. The simplest of stories, told with economy and emotions that are universal. Films like this will never die.

After writing the screenplay for BODY AND SOUL (1947), Polonsky got a chance to direct from another of his original scripts. His reward was to be blacklisted. He wouldn’t direct again for 21 years. But he left behind a mini-classic. Relatively unknown, FORCE OF EVIL is a subtle but effective tome on corruption, romance and fate. With a terrific score by David Raksin. One can only wonder what more Polonsky could have achieved if not for…….

One of the great actors of Shakespearean (or any other) theater directs himself in the BIG one. Oscars followed. Shakespeare had been tried on film before, but it was Olivier who proved that it could be cinematic. 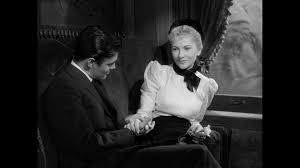 He came to Hollywood from France. And eventually, he would return. But not before leaving us with gems like this one. Max Ophuls’ enduring legacy may be the use of the tracking shot as a moral choice. It was in Hollywood that the legacy was formed. 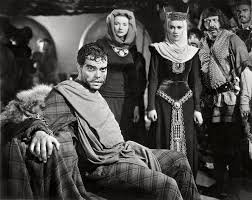 Besides HAMLET, there was another Shakespearean film being shot. Only Orson Welles could take the back lot at Republic Studios (the home for many a “B” western), and mount an effective and moody rendition of Shakespeare’s great tragedy.

Talk about a contrast in acting styles: Old-school John Wayne and rising Method actor Montgomery Clift (in his first film). Instead of oil and water though, you get magic. All thanks to that master of many genres, Howard Hawks.

Bathed in glorious Technicolor, this fanciful story of the Ballet world was an instant classic. It remains in a class by itself. Prestigious and full of passion, it still surprises today.

THE TREASURE OF THE SIERRA MADRE (John Huston)

A timeless classic, TREASURE just seems to get better with age. Bogart shows why he deserved to be taken seriously as an actor (if anyone doubted it). And John Huston follows his instincts, directs his father and creates a work of art.