Everything you need to see or know about the prince of Sherwood Forest, all in one version. Gorgeous 3-strip Technicolor, a dashing hero (Errol Flynn), a charming heroine (Olivia De Havilland), the pefect villain (Basil Rathbone). Classic.

Rediscovered by the French New Wave critics of the 50’s and 60’s, celebrated by Americans ever since (Peter Bogdanovich’s WHAT’S UP, DOC? (1972) is a virtual remake), many consider this to be the ultimate “screwball comedy”. Hard to argue. Director Hawks knew how to strike just the right notes. Cary Grant and Katharine Hepburn are as good as it gets. 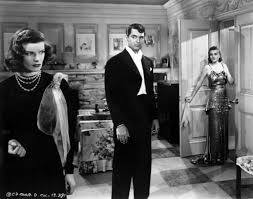 Filmed once before just eight years previously, this time with a better cast and more sure direction. Grant & Hepburn again, brilliantly, as they would be a few years later in another Philip Barry classic, THE PHILADELPHIA STORY. Both stories have something to say about class and freedom in American life.

The great Jean Gabin in one of the first films that could be truly called “film noir”. The legendary Marcel Carne kicks off a string of classics that would come to help define French cinema.