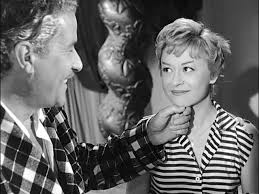 Fellini was on his way to becoming a huge international figure of cinema when he cast his wife as the hooker with a heart. And created another classic. 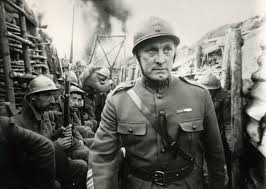 Kubrick’s fourth film and his first great one. There would be no looking back. Many of the classic Kubrick trademarks are here. The long tracking shots, the intense human interactions, the moral view. One of the simplest and strongest anti-war statements ever made.

The Swedish film industry had been active since the days of the silents. But it took Ingmar Bergman to make Swedish cinema recognized throughout the world. He had been making films for ten years when this brilliant saga of life, love and death was released. Admired and parodied by many, including Woody Allen who did both. An indisputable classic. 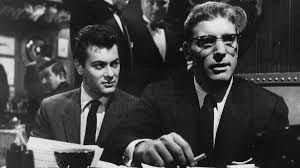 Burt Lancaster produced and stars in this unrelenting portrait of cynicism and back-stabbing in the slimy world of newspaper publicity in 50’s Manhattan. Beautifully shot in black and white, it dissects an insular universe where everyone lowers themselves for the occasion.

Antonioni was a few years away from breaking out onto the international cinema stage when he made this, his most effective and accomplished work to this date. Despite difficulties with actors (both Italian and American), Antonioni managed to convey his unique vision of isolation and disconnect; where the landscape participates in the character’s malaise. A compelling introduction to the masterworks to come.