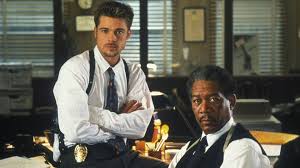 David Fincher likes to get in your head, and he certainly did that with this manhunt for a psychopathic killer. Casting is perfect, headed by Morgan Freeman, Brad Pitt, Gwyneth Paltrow and the master of smarm, Kevin Spacey. This one gets under your skin on its way to becoming a classic. “What’s in the box?!” 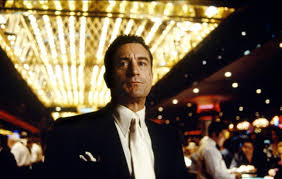 The kind of movie Scorsese makes in his sleep. Another example of total command, perfect intuition and a deep love for cinematic storytelling. Many fail at what he makes look easy. DeNiro, Pesci, Sharon Stone and James Woods all inhabit various realms of an unsavory world. They are far from sympathetic yet still command our attention under the genius of the master.

Yes, there was a time when Nicholas Cage was taken seriously and for good reason. Cage won an Oscar for his sometimes heart-wrenching, sometimes funny alcoholic on an intentional fast-track downward. There’s a lot of humanity in this film, and a lot of truth.

Kevin Spacey was having a good year and he got an Oscar for his efforts. So did Christopher McQuarrie for his most original screenplay. Riveting from beginning to its mind-twisting end. 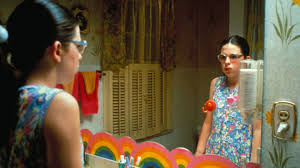 WELCOME TO THE DOLLHOUSE (Todd Solonz)

Whoa!! This one was way ahead of its time back in ’95, but then Todd Solonz was just doing what came oddly natural to him. Heather Matarozza is astonishing as the ugly duckling who just wants a place to belong. A brave and confident performance in a groundbreaking and quite fearless film.