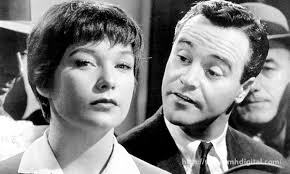 In a career full of classics, this could be Billy Wilder’s masterpiece. Some films just seem so perfect, they look like they just made themselves. In THE APARTMENT, all of the actors fall perfectly into their roles and every scene flows into the next. But of course you can’t just plan these things. That’s not how movies are made. So when they are as good as this, you have to give credit to the ones who make it look that way.

At the peak of their talents were the mighty collaborators, Billy Wilder and Jack Lemmon. They just got each other. Then there was Wilder’s ever-present screenwriting partner, I.A.L. Diamond. Never was a writing duo more in sync. It must have been a joy to be on set with their screenplay in hand.

Even the greatest artists can sometimes suffer from their own indulgences. And after SOME LIKE IT HOT, Wilder was given a lot of freedom. He could have stumbled. (That would have to wait for later.) Instead, he gave us the perfect Billy Wilder movie. Funny, cynical, warm and witty. A seamless blend of comedy and pathos. 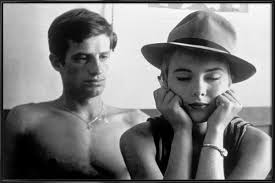 Godard’s first feature blew everyone away and firmly announced the arrival of the French New Wave. Its popularity surprised even Godard, who often said he wished it had not had such a mass appeal. Its technical style (with all the jump cuts and the mobile camerawork) rewrote the rule book. 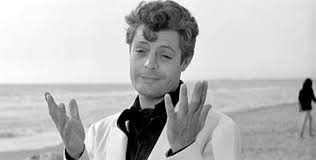 In a year of masterworks, here comes another one. A towering work of cinematic art. Part social commentary, part relationship drama, sheer exuberance. Some movies are so huge they almost defy compartmentalizing for discussion. Where do you begin? In praising this film, I suppose I could take a pastiche approach, touching down at random on all of its glories; on the ambitious aspirations of its screenplay chronicling the adventures of a gossip journalist in modern-day Rome. How his existential dilemma is revealed in his very social relations with his lovers, his colleagues, his friends. How the background of a changing Rome, a changing world becomes an integral part of everything he experiences. How Fellini somehow blends serious examination with his own flights of fancy.

From the opening notes of Nino Rota’s magnificent score and the first shots of a helicopter carrying a statue of Christ over the rooftops of Rome below, we are on our way. It’s a long journey (3 hours), but when it’s over you know you’ve been somewhere. The impact of LA DOLCE VITA on the international scene was immediate. The image of Marcello Mastroianni and Anita Ekberg cavorting in the Trevi fountain became an icon. While designer suits and Italian sunglasses never looked so cool. 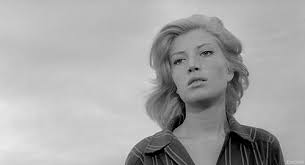 Antonioni had been leading up to this. Since his first film in the late 40’s, he had been exploring and developing a cinematic style that had reached its best expression in IL GRIDO (1957). With L’AVVENTURA, Antonioni took a bold step forward. He created an artistic identity.

Watching L’AVVENTURA, one has the sense of watching a film composed by someone in complete command. With this film, Antonioni would enter the lofty ground occupied by Bergman, Fellini and later Kubrick and the like, as a director dedicated to a vision. For Antonioni, that vision was of a world of alienation and disconnect. Of dysfunctional relationships, between each other and between us and the world around us. Of existential crisis.

In L’AVVENTURA, a group of upper-class Italians go on a boating trip and disembark on a rocky, barren island. There, one of their party, a young woman, disappears. She is never found. The investigation into her disappearance goes on once they leave the island as we follow the relationship between her lover and her best friend. We watch, we wonder, we ponder.

Antonioni’s striking visual sense is an immediate draw. But what soon distinguishes his work is how this great attention to the visual is in the service of the overall exploration that he (and we as viewers) are making. As commanding a presence as Antonioni established with L’AVVENTURA, he nonetheless remained an extremely intuitive film-maker. He rarely knew how he was going to set up the shots until he arrived at the shoot, whether on location or on a set. He would often arrive early and alone. All the better to discover how the surroundings could be utilized to best serve the scene. And there has never been anyone in the cinema who has better captivated, even mesmerized us with such striking spatial relations. Our relationship as the viewer with his films is paralleled by his characters relationships with their environment. We might sometimes question where we are while his characters find themselves untethered, at a loss.

The difficulties that Antonioni (and his cast and crew) encountered in the making of L’AVVENTURA only add to the weight of its final accomplishment. This accomplishment was not, however, immediately appreciated by all in attendance at the premiere of the film at the Cannes Film Festival in 1960. There were titters among the audience at some of the film’s most austere moments; outright laughter when things were at their most intense. Antonioni was distraught at the screening’s conclusion, while his star, Monica Vitti who had emotionally invested so much in the film and believed in it so deeply, was in tears.

By the next day, however, a letter had been delivered to Antonioni’s hotel, signed by many prominent artists and intellectuals who had attended the screening stating that L’AVVENTURA had been the best film of the festival. It went on win a Jury prize for its special beauty and subsequently proved to be an international success. This was sufficient validation for Antonioni to continue to explore with his unique vision through a series of masterworks to come. 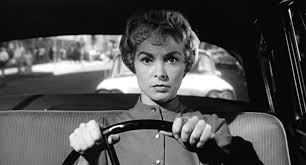 Contrary to the image that Hitchcock was cultivating for himself in the 60’s with his TV show and magazine, he didn’t really make “scary” movies. Suspenseful and thrilling, yes. But scary, no. PSYCHO changed that. After the relatively bright and big-budgeted crowd-pleaser NORTH BY NORTHWEST, Hitchcock went the other direction. Shot in black-and-white, mostly with the crew from the television series, Hitchcock amped up the roller-coaster ride and created a classic shocker. Over 60 years later, PSYCHO still delivers.

Practically a primer for how to construct a mystery thriller, PSYCHO also broke some rules. The heroine dies 20 minutes into the film. This surprises primes us for the reveal of the bigger picture. Along the way, we are propelled by the now-classic scenes and performances that are forever etched in memory. The shower scene, Anthony Perkins nearly career-defining Norman Bates, that house on the hill.

Bernard Herrmann’s strings-only score for PSYCHO has become equally iconic. The musical cue of the slashing, stabbing violins for the shower scene has become almost cliched in its use for anything shocking. The entire score is a masterpiece, underscoring all the tension, all the anxiety, all the mystery. From the windshield wipers of Marion Crane’s car to the final revelatory denouement. Hitchcock himself credited 33% of PSYCHO’S success to Herrmann’s score. Herrmann would later create a suite for PSYCHO that effectively recreates the entire sequence of events. 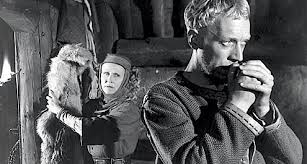 In a long and honored career, a few films by Ingmar Bergman are undisputed standouts. This is one of them. In THE VIRGIN SPRING one can find all of the familiar Bergman themes. The power of belief and the silence of God. The struggles of man and nature and the consequences of virtue and guilt.

By 1960, Bergman had been working with his ensemble of actors (both on the stage and on film) for years. Their rapport and mutual trust are evident in THE VIRGIN SPRING from the opening scenes. Every gesture, every expression is full of meaning. One can sense the command of a master of cinema. Visually stunning, riveting, heartbreaking, watching THE VIRGIN SPRING becomes itself a spiritual experience. 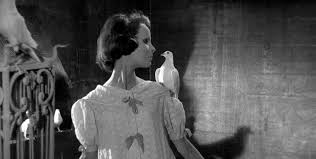 A most unusual horror film. A young woman wanders around her house wearing a mask to cover her disfigured face, while her brilliant but demented surgeon father procures bodies to provide him the tools for his experimental treatment to restore her beauty. This synopsis can not describe the eeriness or the strange eloquence of this film. The ending is one of the most haunting ever filmed. 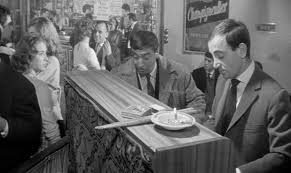 After the success of THE 400 BLOWS, Truffaut let his instincts and his inclinations loose to create this free-wheeling beauty, starring Charles Aznavour. It has a fresh, inventive and personal feel. It didn’t do that well initially at the box-office, and that effected Truffaut’s artistic perspective. His work would never quite look this uninhibited again. 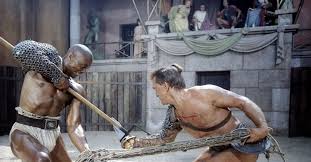 BEN-HUR had just set the standards pretty high for Biblical-era spectacles, but SPARTACUS made a good stab at the brass ring. In its epic of the slave rebellion against the Romans, the initial stroke of genius was in having all the Romans portrayed by Brits (Laurence Olivier, Peter Ustinov) and the slaves by Americans (Kirk Douglas, Tony Curtis). Damn if it doesn’t work. Those British accents sound haughty and privileged compared to the down-to-earth struggling slave/gladiators.

Stanley Kubrick was hired by Douglas after their successful partnership on PATHS OF GLORY. This collaboration would prove a little rockier, Kubrick chafing at some of the compromises he was forced to make. As successful as the film was, Kubrick vowed never  to surrender control of his films again. He never did. The rest is cinema legend.