BEAUTY AND THE BEAST (Jean Cocteau)

The dreamlike quality of this French classic is as unique as the legendary artist who made it. Some movies you just watch. This one you inhabit. A stunning homage to the magical. A true classic, as timeless as the belief in the power of love. 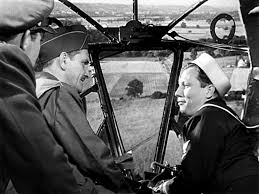 THE BEST YEARS OF OUR LIVES (William Wyler)

A winner all around, with the Oscars and with the test of time. Three soldiers of various ranks return to their same hometown at the end of WWII, and try to adjust to civilian life. This is a William Wyler production from beginning to end. Ambitious, insightful, heartfelt. Go ahead and cry.

Is this the ultimate private eye movie? Show me a better one. Humphrey Bogart is Philip Marlowe. So L.A. So 40’s. So Film noir. So Howard Hawks.

This is one feel-good classic that actually lives up to its reputation. Capra’s last great film and a labor of love for the maestro. It is also the one that bridges the gap for James Stewart between his early performances as the gangly aw-shucks character and the mature man of angst. 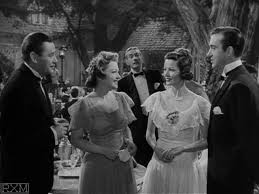 Another case of Hollywood taking a major novel and just getting it right. Perfect casting (Gene Tierney, Tyrone Power, Anne Baxter, Herbert Marshall, etc), and subtle direction bring Somerset Maugham’s novel beautifully to life. I keep going back to this film again and again just to see if it’s really that good. Each time I rediscover that it is. 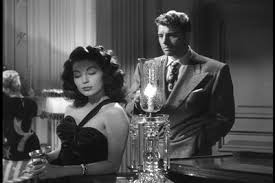 The opening scenes (with Miklos Rosza’s music) may just be the best in all of Hollywood Film Noir. The rest ain’t bad either. Burt Lancaster was on his way to stardom, and everybody is bathed in shadow. Delivers like a good belt of scotch.

The perfect Hitchcock film of his middle period. Romance is just as important as intrigue in this beautifully textured film with the great match of Cary Grant and Ingrid Bergman. Hitchcock makes it look effortless.

Desire turns to passion turns to murder. Hasn’t this happened to everyone? You can hardly blame our ill-fated lovers, John Garfield and Lana Turner. And they almost get away with it. But then of course, the postman always rings twice.